My former boss, who was cool enough to give me the long leash required to do the TSCTP Study when I was at the Center for Complex Operations, just released PRISM Volume 5, Number 2. This issue is the journal’s first African security-focused one, and includes the following articles:

A few months ago, I published the study I had been working on during my IPA Assignment at the Center for Complex Operations at National Defense University – The Trans Sahara Counter Terrorism Partnership – Building Partner Capacity to Counter Terrorism and Violent Extremism. The study discusses the origins of TSCTP, which is rather unique by U.S. government standards, for its regional and interagency focus . It dissects the “anatomy” of the program (including which U.S. government agencies are involved, what their roles are, and who their partner nation counterparts are), and derives six functional areas of TSCTP engagement in order to better understand the program’s lines of effort across the various agencies. These are: Military Capacity-Building, Law Enforcement Anti-Terrorism Capacity-Building, Justice Sector Counterterrorism Capacity-Building, Public Diplomacy and Information Operations, Community Engagement, and Vocational Training. The study then discusses some of the planning and implementation challenges associated with a program of this nature, derived from the over 70 interviews I conducted across the interagency and in nine of the ten TSCTP countries (Algeria, Burkina Faso, Chad, Mali, Mauritania, Morocco, Niger, Nigeria, and Senegal) last year.

The study contains a lot of information on TSCTP, but as it’s rather dense, I also published a handful of shorter articles that either summarize or draw out some of the more salient points of the larger study:

Return to the Mothership

Yesterday was my first day back at CNA, the place I’ve affectionately called “The Mothership” for the past fifteen months of my assignment at the Center for Complex Operations. While at CCO, I was working on an analysis of the Trans Sahara Counter Terrorism Partnership (TSCTP), which is an interagency U.S. government program to counter terrorism and violent extremism in the Maghreb and Sahel. I’m hoping my report will be published by the end of February – inshallah.

Here’s a few pics from my travels & some blurbs about the kinds of things I got myself into when I wasn’t working.

View of the Niger River from my hotel room in Niamey 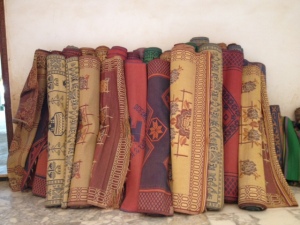 Prayer Rugs at the Grand Mosque 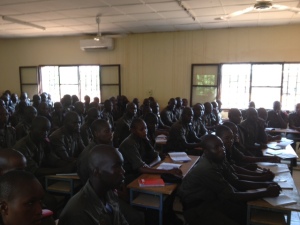 Chillin w/the Gendarmes. As you do.

View of Dakar skyline from overloaded speedboat. When asked if the boat would make it back to Dakar, the guy driving said “On va essayer!” (We’re going to try!)

Terrace in M’Bour (south of Dakar) on a dune overlooking the ocean. Best office I’ve had to date.

Moroccan village on the road to Ouarzazate 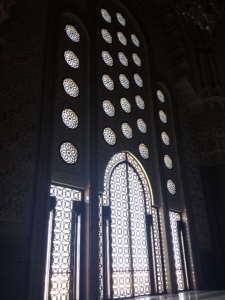 Inside the Hassan II Mosque in Casa

Selfie on a camel. What what.

Riding a camel was on the bucket list, even though it’s très touristy. But I didn’t like the way this dude was looking at me.

I made my first tajine! It had chicken, peas, and artichokes. It was compellingly mediocre – but my teacher was not to blame. 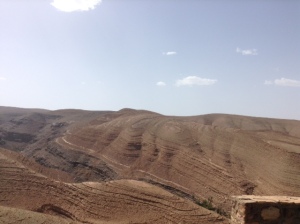 Road trip through the Atlas Mountains 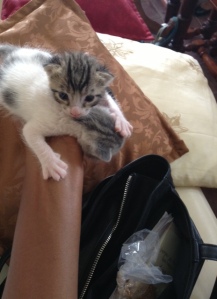 The real reason my tajine was uninspiring was b/c THERE WERE KITTENS!!! I played with them instead of listening to the instructor.

My favorite Mauritanian ice cream: “Beat milk goat for a long time to get dessert.” 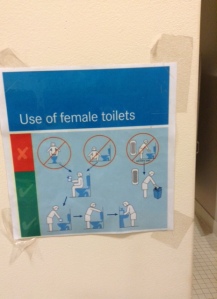 In case you forget how to use the toilet, here are some overly details instructions.

If you fly Air France enough, they sometimes decide treat you a little better than something they wiped off their shoe. Here’s the lounge in Ouaga. Klassy!

The Africa Growth Initiative at Brookings has continued its tradition of asking its experts and colleagues to identify what they consider to be the key issues for Africa in the coming year in “Foresight Africa: Top Priorities for the Continent in 2014.” The format of the report is as follows (and includes a contribution from yours truly):

In my section on Meeting the Demand for African-led, Internationally Supported Peace Interventions,  I argue call for regional and sub-regional organizations in Africa to better prepare their troops for rapid deployment in responding to escalating conflicts on the continent.

Following the release of the Foresight Africa Report, Brookings is hosting a discussion with  leading Africa experts on the most important challenges the continent will face in 2014 on January 7 (today) from 10 to 1130am EST. You can register for the live webcast and join the conversation on Twitter using #ForesightAfrica.

Yesterday, Nigeria’s The Guardian newspaper reported that President Goodluck Jonathan has ordered the withdrawal of Nigerian troops currently deployed to Mali. Nigerian troops initially entered Mali in January 2013 as part of the African-led International Support Mission to Mali (AFISMA), and had come under the command of the UN’s Multidimensional Integrated Stabilization Mission in Mali (MINUSMA), effective 1 July and authorized by UN Security Council Resolution 2100. With 4,684 troops currently participating in UN peacekeeping operations around the world, Nigeria is the third largest African contributor to such missions. In Mali in particular, as of mid-June, Nigeria had 991 troops in Mali (according to my numbers), meaning that one out of every six AFISMA soldiers came from Nigeria.

At this point, I’ve considered a few reasons that could be behind Nigeria’s motivation to withdraw from Mali:

Regardless of Nigeria’s motivation for potentially pulling its troops from Mali, I believe that the impact would have been worst if Nigeria had not deployed as part of AFISMA in the first place. If you think of French, Chadian, and AFISMA roles and missions in Mali since January in terms of “clear, hold, build” the French and the Chadians were the “clear” element, while the Nigerians as part of AFISMA were the “hold” element. (I don’t think we’re at the “build” stage as yet.) If Nigeria, as the seat of ECOWAS and the largest contributor to UN peacekeeping operations in ECOWAS, had not been part of that initial AFISMA deployment, it is unlikely that the force would have gotten off the ground in the first place. So yeah, it wouldn’t be great if the Nigerians end up pulling out of MINUSMA, but in my opinion, it could have been far worse had they not contributed to AFISMA in the first place.