Piracy trends off the coasts of Somalia and Nigeria

The International Maritime Bureau (IMB) released its Piracy and Armed Robbery Against Ships Report for the Period 1 January – 30 September 2012. I often find these reports helpful in tracking trends with regard piracy and armed robbery at sea, but it is important to read the reports with two things in mind. First, unlike IMB’s Annual Report, the Quarterly Reports only cover trends from the beginning of that calendar year to the end of Q1 (March), Q2 (June), or Q3 (September). Therefore, many of the facts and figures quoted in the media and here below may only be for the first 9 months of 2012. It is important to draw comparisons between these numbers and the corresponding time periods in previous years, as opposed to 2010 or 2011 as a whole. Second, these reports only account for reported incidents. Thus, it is possible that the scale of pirate attacks is underrepresented due to underreporting on the part of the targeted vessels for a variety of reasons (i.e., fears over spike in insurance rates, fears of scaring away other commercial activity from those waters, etc).

According to the report, global piracy incidents are decreasing – with 233 attacks worldwide, down from 352 for the corresponding time period in 2011. However, of the 233 attacks that took place between January and September 2012, 131 of these occurred in Africa. Of the 131 attacks that occurred in Africa, 70 took place off the coast of Somalia (to include the Gulf of Aden, Red Sea, Arabian Sea, Indian Ocean, and Oman) and 34 took place in the vicinity of Nigeria (to include the area off the coasts of Benin and Togo).

Looking at these numbers compared with last year, there’s good news and some kind of bad news. The good news is that last year, there were 199 actual or attempted attacks off the coast of Somalia between January and September, compared with 70 for the corresponding time period in 2012. IMB attributes this drop to a combination of factors such as 1) multinational naval patrols, 2) employment of Best Management Practices for Protection against Somalia Based Piracy (Version 4 – August 2011), 3) use of Privately Contracted Armed Security Personnel (PCASP), and the effects of the SW monsoons.

The kind of bad news is that attacks off the coasts of Nigeria, Togo, and Benin (hereafter referred to collectively as the Gulf of Guinea) have increased – slightly – from 30 to 34. What’s important with regard to the Gulf of Guinea is not the numbers themselves, but the shifting locale of the attacks. Between January and September 2011:

Notice that even as attacks in the Gulf of Guinea are increasing, attacks in Benin in particular have been drastically reduced. According to an Africa maritime security SME I spoke with recently (on an unrelated matter), Benin is apparently far ahead of its West African neighbors in developing a strategy to secure its maritime domain. This may be why, when faced with a sudden spike in attacks, Benin and Nigeria commenced joint counter-piracy patrols last fall. The IMB attributes the decreased number of attacks to these patrols. 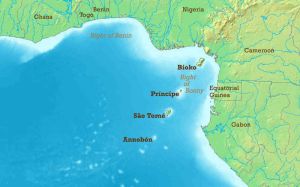 When compared with Nigeria, which has a 530 mile coastline, smaller countries like Benin and Togo which have coastlines of 75 miles and 35 miles respectively, have a relatively smaller area to monitor and patrol. So this may explain why these joint patrols have been successful for Benin, but not for Nigeria. Although I don’t know much about Togo’s maritime capabilities, I suspect that one reason pirates have expanded their range to Togo may be because Benin’s patrols pushed would-be pirates into Togolese waters, where the authorities may not be doing enough to counter these threats.

Anyway, if you have any interest in seeing the full 2012 IMB Q3 report, you can request it by filling out a form on IMB’s website. A few minutes later, you’ll get an email with a broken link, but if you email them back saying it doesn’t work, they’ll email you a PDF right away.